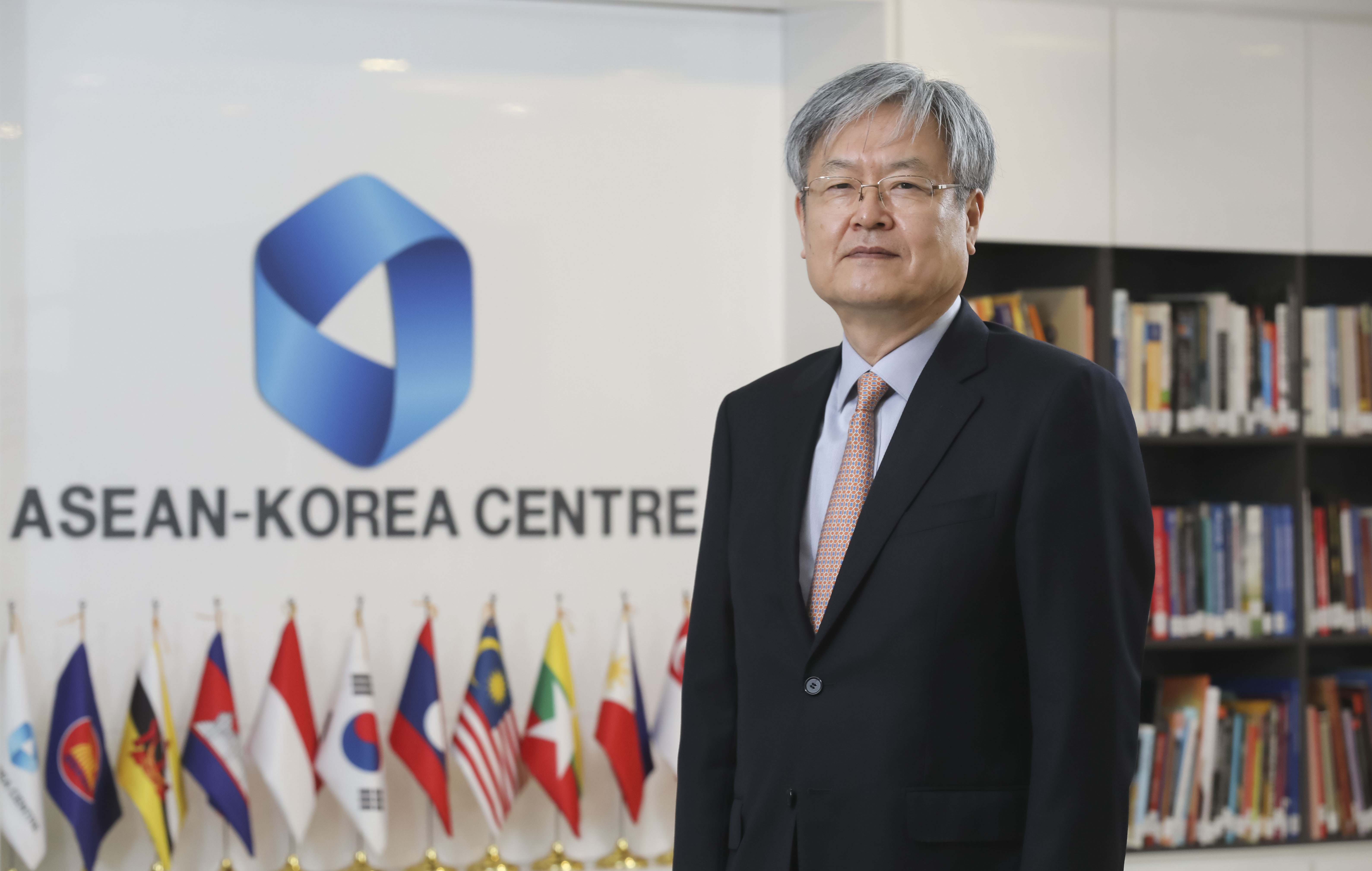 The inauguration of Ambassador Kim Hae-yong as the 5th Secretary General of the ASEAN-Korea Centre (AKC) took place on April 16, 2021.

After graduating from Seoul National University with a BA in Linguistics, Secretary General Kim started his career in foreign service in 1983 and has served in various roles, including as the Korean Ambassador to New Zealand and the Republic of the Union of Myanmar, Director-General for FTA Negotiations at the Ministry of Foreign Affairs, and Minister-Counsellor at the ROK Permanent Mission to the United Nations in Geneva. He has also taught at Dong-A University as a Contract Professor in the Department of International Trade since 2018.

Secretary General Kim said that he is “both honored and humbled to represent the AKC at this critical time as the two regions join efforts to overcome the COVID-19 crisis and together prepare for powerful post-pandemic transition and cooperation.” He also expressed that “the AKC will spare no effort in strengthening ASEAN-Korea partnership for a more sustainable, thriving, and mutually beneficial future together.”